Greece at a critical crossroads: The role of the IMF and Eurozone partners at the intersection of the economic and the migrant crises 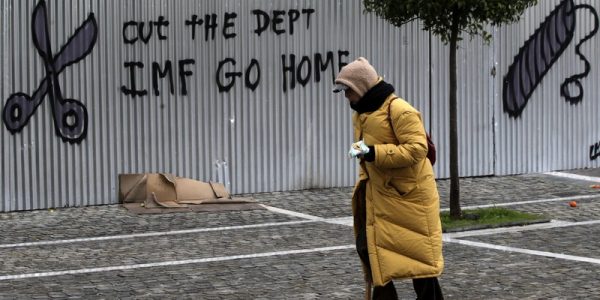 Greece at a critical crossroads: The role of the IMF and Eurozone partners at the intersection of the economic and the migrant crises

In an Op-Ed article that appeared in New Europe on March 15,  2016 I argue that Greece is now at a critical intersection between the continuing economic crisis and the recent refugee crisis.  The political dimension of the refugee crisis may soon overshadow the economic crisis as the preeminent risk for the cohesion of Europe emanating from Greece.

Under these circumstances, it is possible that the economic support to Greece through the third bailout agreement signed last August may turn out to be a less structured process than earlier; in particular, it is conceivable that the IMF may continue to remain on the sidelines,  until either “the numbers add up”, or Greece and its European partners jointly decide that the presence of the IMF is no longer necessary.

Such a decision, if it indeed materializes, will not be taken lightly.  Allowing the IMF to drop out of the Greek program would imply that Eurozone countries will not be able to depend on the IMF’s expertise (or resources, even if limited) for any future support of a Eurozone member.  It may also signal the end of any future collaboration of the IMF with Regional Financing Arrangements.

You may read the full Op-Ed article in New Europe here.