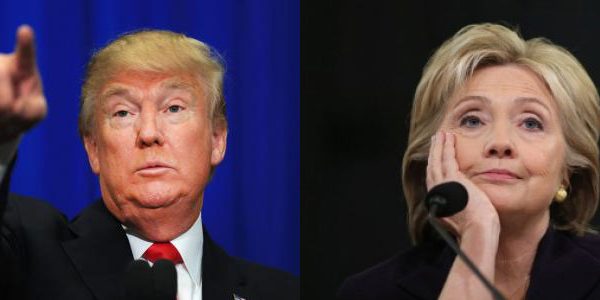 On August 5, 2016 I sent to the NYT the following Letter to the Editor for possible publication:

“The analysis of your August 5 editorial titled ‘The Perils of Writing-Off Mr. Trump’ was spot-on, but your conclusion missed an essential element: Mrs. Clinton should refocus her campaign from jobs, inclusiveness, equality and other lofty policies to a few monikers that best describe her opponent. Some appropriate examples might be “Charlatan Trump”, “Bungler Don”, and “Swindler T.”

Unless the Clinton campaign is successful in explaining to the average voter the meaning of a ‘sciolist’, which captures the essence of Mr. Trump’s personality, an already challenging path to the White House could become simply unpredictable”.

My Letter was never published.

The results of the US Presidential elections yesterday demonstrate that the points I made in that Letter were correct back in August and continued to be true throughout the Presidential campaign. If Mrs. Clinton lost the election is not because her policies were worse or less appealing than her opponent’s. Rather, it was because Mr. Trump moved away from substantive discussions, contrived monikers like “Crooked Hillary” and pounded her opponent on mostly fabricated stories about her honesty, integrity and judgement. Mrs. Clinton, a highly qualified candidate with major contributions in the American political scene, demurred. She continued to talk in her campaign speeches and interviews about policies and her differences from her opponent and refused to adopt a moniker, like one of those suggested in my Letter to the Times, as a summary description of Mr. Trump’s amoral character. She lost the election because she failed to establish him to the eyes of the US electorate as an untrustworthy and dangerous charlatan.