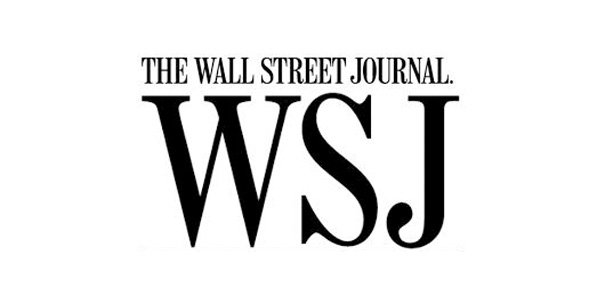 Creditors have been too timid in their support for the statistician who corrected Greece’s books. Few debacles in recent memory better represent the moral collapse of modern Greek society than the persecution of Andreas Georgiou. This endless ordeal is the culmination of failure at multiple levels of stakeholders, not least of which being the European institutions that have repeatedly bailed the country out over the past seven years.

From 1997 to 2009, a succession of Greek governments provided false data to the European Commission’s bureau of statistics, Eurostat. This led to three years of underreported deficits, which prevented Greece from taking earlier and more effective measures, according to EU rules. Reports from the Commission and the European Parliament have noted that some of these data were outright fraudulent. The term “Greek statistics” began to assume derogatory connotations.

Mr. Georgiou’s long-overdue truth-telling about the government’s finances revealed that Athens had been spending far beyond its means for many years. Crucially, the new reliability of Greek statistics also enabled the rescues that international creditors have offered Greece since 2010. Other eurozone governments and the IMF wouldn’t have provided these loans to save Greece from bankruptcy had they been unable to trust Elstat.

But not everyone was pleased with Mr. Georgiou. He was attacked from within Elstat by those who represented the ancien régime and were disturbed by Mr. Georgiou’s technocratic and nonpolitical approach. These internal critics either found willing allies among the many political parties or were instigated by politicians to bring charges of “breach of duty” and “falsifying the deficit” against Mr. Georgiou.

Such accusations should have been dismissed as being without merit. But in Greece Mr. Georgiou’s judicial prosecution has continued for six years, extending beyond the end of his term in 2015. Several probes and charges against Mr. Georgiou have repeatedly been dropped by lower-level courts, after no evidence of wrongdoing was found, only to be revived by higher-level prosecutors seeking to keep the case alive.

In the latest development, on Aug. 1 Athens’s appeals court, in a reversal of an earlier

acquittal, handed Mr. Georgiou a two-year suspended jail sentence for breaching his duties
in the revision of the 2009 deficit. The court ruled that Mr. Georgiou should have sought the approval of the Elstat board before communicating the revised deficit data to the EU. Never mind that, according to EU rules, statistics aren’t subject to approval by a board.

Few are without blame in this fiasco. Certainly not the morally bankrupt political class of Greece, leading members of which have for years suggested that Mr. Georgiou exaggerated Greece’s 2009 deficit to justify the country’s externally imposed bailout.

Officials of the main opposition New Democracy party want to repair the reputation of their former leader and prime minister, Costas Karamanlis, during whose term until late
2009 the public finances deteriorated precipitously. Current government officials of the

ruling left-wing Syriza party have conveniently sought to make Mr. Georgiou a scapegoat for the fiscal-austerity measures dictated by the bailout.

Greek bailout programs: the European Commission, the European Stability Mechanism and the Eurogroup, which comprises the eurozone finance ministers.

The European Union has repeatedly certified that Mr. Georgiou reported Greece’s fiscal data accurately. Several investigators and prosecutors have concluded that Mr. Georgiou correctly applied EU law in revising the 2009 deficit and followed EU standards on how these statistical decisions were made. Yet despite this overwhelming evidence and an international outcry of support, Europe has only provided muted responses.

Europe’s irresponsible dithering comes ahead of an expected ruling on a second, more serious charge against Mr. Georgiou: Greece’s Supreme Court will decide within the next year whether to annul his earlier acquittal on the charge that he falsified the deficit and caused massive financial damage to his country. This felony charge, which could result in a life sentence, has been dropped and revived several times since 2013.

Greece’s international creditors have complained to Athens that Mr. Georgiou’s yearslong prosecution risks undermining the political independence of Greek statistics, reviving doubts about their reliability. So far, however, creditors have stopped short of taking any
drastic measures, including a suspension of ESM loan disbursements, which might cause prosecutors to reconsider.

After six years of politically motivated twists, the Georgiou case should have convinced Europe’s institutions that a direct intervention isn’t only permissible, it’s absolutely necessary, dictated by both human-rights considerations and the importance of safeguarding the fiduciary integrity of the huge loans provided for the benefit of the Greek people.