A Journey of Hope to Manhasset, New York 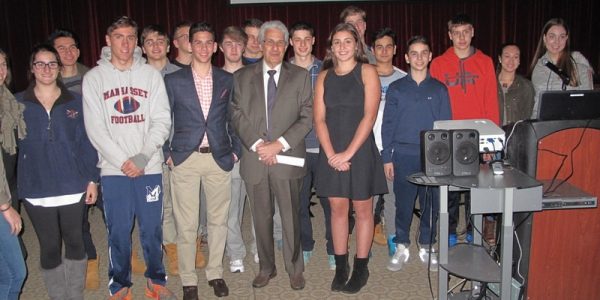 With students of the Manhasset High School

A Journey of Hope to Manhasset, New York

Last week, at a lecture to a high school in Long Island, New York, I received a large number of pertinent questions on the Greek economic crisis, especially for a presentation attended by a younger audience. The invitation came from the Hellenic Club of the Manhasset High School, and the audience included students, faculty and members of the Manhasset community. So, on January 21, in Manhasset, I found myself impressed by the depth and breadth of the questions posed by the audience. For example:

Students and adults demonstrated critical thinking and a good grasp of the issues underlying the Greek crisis.  Especially refreshing was that the audience did not frame its questions in the traditional, polarized Left-Right framework typical of Greek audiences, especially inside Greece; instead, there was a genuine effort to understand the issues from an expert perspective, which is always my main objective in such presentations.

The energy and engagement I felt during the presentation  was reflected in the overwhelmingly positive response of the audience. High-school junior Lia Frankis, President of the Hellenic Club, said: “I was truly so inspired and captivated by your presentation that I am now strongly considering a career in economics. You broke down the concepts of the Greek economy so that my friends and I were able to readily understand the complex moving parts… Many of my friends texted how impressed they were with your presentation.” And, in a lighter motif, she added “‘Troika’ is now considered cool amongst teenagers.”

For me, the takeaway from the journey to Manhasset was hope. It is, indeed, heartening and reassuring to experience the openness and curiosity of Greek communities in the United States, and to engage in conversations with young people. If there is, indeed, any hope for a better future for Greece, it lies with the younger generation; unburdened by the stifling political biases of the past half century or more, teens and young adults will be better able to address the challenges of globalization through open communication and collaboration, as well as by embracing technocratic solutions. 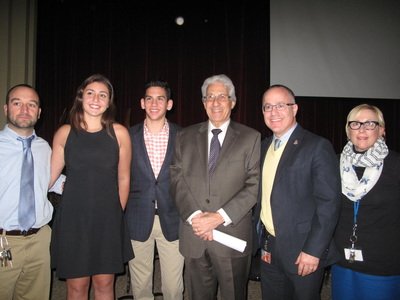 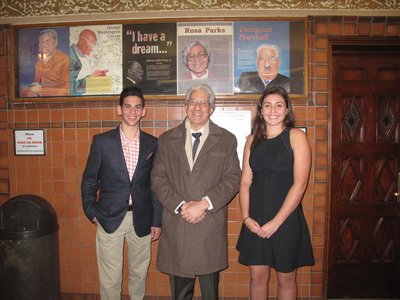 With Angelo Katopodis, Vice- President, and Lia Frankis, President of the Hellenic Club 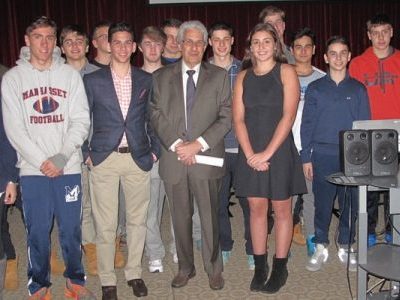 With students of the Manhasset High School